We came to McLaren Vale to house-sit a vineyard, a dog and two horses in early May for 5 weeks in 2021 between Covid lockdowns. We have a big family reunion over Easter in 2022 and have returned to house-sit the same place for around 5 weeks from 24 March to near the end of April in 2022. 45 minutes south of the city of Adelaide. The McLaren Vale wine area is a unique protected region just south of the Adelaide suburbs. With the Onkaparinka Gorge and surrounding rural area on the north, the beaches of Port Noarlaunga, Maslin’s, Willunga and Aldinga to the west, the Adelaide hills or Mount Lofty Ranges to the east and the rest of the Fleurieu Peninsula to the south (Victor Harbour and Goolwa/Coorong about 40 minutes away), McLaren Vale is an idyllic gem of sustainable vineyards and native bush.

The size of McLaren Vale is slightly variable the official size is 59 sq km but doesn’t include Willunga. My estimate is about 75 sq km or 7500 hectares. McLaren Vale is small by comparison with other wine areas. The Barossa, for example is 912 sq km. Hence McLaren Vale is very manageable for visitors. John Reynell and Thomas Hardy planted grape vines in 1838 and the Seaview and Hardy wineries were in operation as early as 1850.

We love the area for birdwatching, beaches, walking and general outdoor activities. We also like birding and walking at Onkaparinka Gorge, the Aldinga Scrub, Gemtree wetlands eco trail and the Onkaparinka River wetlands park near port Noarlunga.

The Shiraz Trail starting at McLaren Vale town for cycling or walking is 8 km each way and passes many vineyards and wineries. There are many markets in the region but the Willunga Farmer’s Market every Saturday is exceptional and well worth a visit. The main tourist attraction in McLaren Vale is the d’Arenberg Cube with its wonderful views, quirky ambience, wine tasting and cafe. We spent half a day in the Cube exploring, tasting and ate lunch in the cafe.

McLaren Vale at present has about 111 wineries, which range in size from large to tiny. In addition, though most wineries have their own grapes and vineyards, there are also dozens of small to quite large wine growers who sell their grapes to the wine makers.

There are too many wineries to cover and we’ll only mention a few, not necessarily the best.

The main commercial wineries that almost everyone has heard of and perhaps sampled are: d’Arenberg, Coriole, Hardys, Leconfield & Richard Hamilton.

Nice places to visit and taste, but we haven’t bought large amounts from them are: 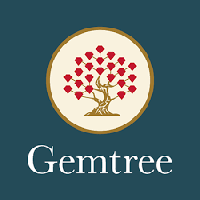 Hugh Hamilton, Mitolo, Gemtree (lovely view), Hugo (nice plowman’s lunch and tasting on a cold day), Samson Tall (laid back drinks in an old church), Serafino and many others. McLaren Vale produces excellent wines as good as anywhere in Australia. We had recommendations from people whose views we trusted, even so we got to less than half of the recommendations. Stephen Pannell produces innovative wines with different grape varieties. He has been Bushing King (producer of the best wine in McLaren Vale) four times, more than anyone else in recent years. His best wines are rated 99,97,97, 96 and seven at 95 by James Halliday, 2021 (JH 21). Lovely location for tasting a flight.

Bec Hardy has taken over from her father Geoff Hardy in recent years. The winery has a pleasant ambience for a flight and produces a good range of styles and prices. Her best wines are rated 99, 97, three 95 and 94 (JH 21).

Matt and Corey are both unusual winemakers from McLaren Vale. Both worked for larger winemakers in McLaren Vale to learn their trade and overseas. To visit one needs to make an appointment, to realise that they are small and one shouldn’t go unless one is really interested in purchasing their wine. His best wines are rated 99, 97, three 95 and 94 (JH 21). Matt is very welcoming and enthusiastic about his wines. We are fortunate in Canberra because our last independent wine seller (Jim Murphy) stocks Three Dark Horses. Bellevue estate is unique. Corey Vandeleur only makes shiraz which is quirky to say the least. He is not in Halliday. He is passionate about his shiraz. He has a strong support base and sells much of his wine on release. He was recommended to us by a friend, who is a knowledgeable enthusiast. Despite being tiny, Bellevue Estate has won many national and international awards but to some extent Corey is most proud of his ongoing Edinburgh Shiraz Challenge wins year after year from 2011.

The Edinburgh Shiraz Challenge is almost as quirky as Corey Vandeleur. It is run by the Edinburgh Hotel in Adelaide. The competition involves patrons paying $65 and tasting 150 Shiraz from all over the world and voting on the best in several categories. The patrons vary from wine judges, to wine connoisseurs, to the average public who like shiraz. Other wineries worth a look are:

Perched on the ridge of Willunga hill with stunning views to Aldinga Bay.

The immigrant Clappis family became restaurateurs in Adelaide in 1970. And, had several innovative food businesses Temting the palates of South Australians with foreign fare. On retirement, Enzo bought a cattle property at the top of Willunga Hill and Enzo began to bake artisan breads. Our place grew out of an idea to present an authentic Italian lunch in a relaxed atmosphere on Sundays. The Salopian Inn re-opened with an inspired refit of the 1851 homestead. Eclectic experience. If you linger in the cellar too long you will be reminded that your food is ready. Gourmet Traveller 2014 gives the food one star and the wine two out of three.

Adjacent to the tourist bureau, Shingleback wines offers a unique restaurant experience. German hat chef Horst likes to talk while he cooks and to present his food to a willing audience. For lunch on Friday to Sunday, he offers two gourmet treats. An intimate chef’s table experience of four courses or seafood on the rocks a similar four course offering for up to 18 people. Virtually all the food is wine infused, in some shape or manner. As Horst explains, all chefs work to a budget and would find the wine cooking he does so way over budget, as to not be possible. Horst has a deal with Shingleback wines and his cooking wine is free, so he likes to experiment and most of his experiments end with him turning full bottles of wine into rendered down versions with intense flavours. Both offerings are gourmet and entertaining with the addition of imparted knowledge either directly or through diner’s questions. A must do experience. We went twice in 2021 and will probably do the same in 2022.

Shingleback for us produces great quaffing wines, they give a good discount to restaurant customers and have good runout specials.

However, Shingleback are also a serious McLaren Vale winemaker. John Davey and Dan Hills best wines are rated 95, with three at 94(JH 21).

No it’s not Greek but named after a ship wrecked off Port Willunga in 1888. Situated atop the spectacular Port Willunga cliff tops the Star of Greece has been offering fresh seafood in a Mediterranean style for over twenty years. The restaurant is well-regarded in Adelaide as one of the best seafood restaurants in the region. Vasarelli is an extraordinarily good restaurant and food experience right in the heart of McLaren Vale town. Superb food the papardelle is a signature dish. Brilliant house wine. An economical taste experience not to be missed.

The hosts Michael and Maria Vasarelli are warm, charming and intelligent hosts. They opened the restaurant in 2009 but the family has been growing grapes and making wine since the early 1980s. 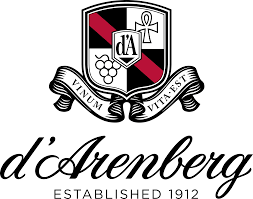 The Verandah Restaurant at d’Arenberg Wines

d’Arenberg with its Cube is perhaps tourism central for McLaren Vale and the d’Arry’s Verandah reputed as one of the best restaurant’s in the district. Certainly, a fine dining experience. 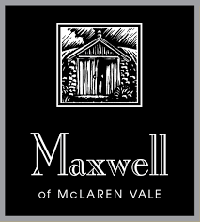 Comment from Mark Maxwell: Some say McLaren Vale offers the best regional dining in Australia. But few know a part of that reputation is Maxwell-made. In 1969, Mark’s father contributed to the region’s first notable eatery.

And when Mark Maxwell built this winery, it was one of the few with its own restaurant.

Maxwell’s is expensive. Other similar restaurants are the Currant Shed and Down the Rabbit Hole.