On suggestions by friends and mentors, I decided to revisit the Tag Exhibition with a smaller version in a different location. This was also a first for me in moving a major exhibition into what could in effect be called a smaller travelling exhibition, except only to one place and not that far.

I met Xanthe Gay through Ed Whalan. Xanthe is a jeweller and had a small jewellery shop called X Gallery in a unique old building in Bungendore next to the Royal Hotel. Bungendore is a country tourist town 42 km from Canberra on the road to the coast.

Xanthe had decided a couple of years before to run art exhibitions concurrently with her jewellery practice.

Deciding what works to hang and placing them between jewellery display cases and on walls above the fireplace and around a unique old building was a challenge and also a rewarding learning experience. It was also amazing how many, admittedly smaller, works fitted well into a relatively small space. It was a very satisfying hang. I was driving when I heard Tony Stewart interviewed about his Use By exhibition at Art Space 71 in April 2002. Puzzled and intrigued by his description of the work—an unlikely marriage of the humble bread tag and photos taken on a visit to India—I decided I should take a look.

Drawings by Allan Byrne accompanied Tony’s work, and Allan was sitting the show when I visited. I knew Allan, also a picture conservator, because of his work on Sid Nolan’s Lanyon paintings before they were hung in the brand new Nolan Gallery in 1980.

Use By was a small but striking show. The works were complex, with minute individual and group portraits woven together by and shining through a grid of bread tags, each marked indelibly with its own use by date. The obvious depth of Stewart’s feeling for humanity and the vitality and technical precision of his images made an impression on me.

Later that year Sasha Grishin reviewed Stewart’s Transit at Canberra Contemporary Art Space, Manuka. In The Canberra Times of 4 October 2002, Professor Grishin commented that Transit was ‘… a very rich and rewarding exhibition, where cutting wit is combined with an engaging intellect.’

I met Tony Stewart for the first time when I became Director of PhotoAccess. Sasha Grishin’s description of the Transit exhibition could also have been a description of Stewart himself — a PhotoAccess board member and frequent visitor, particularly in the lead up to Tag, his September 2005 exhibition in the HUW DAVIES GALLERY at PhotoAccess.

Tag II at X Gallery includes some of the work first seen at PhotoAccess. It also includes images that have come out of another, more recent journey by Tony Stewart.

Stewart’s work has its origins in carefully realised images of people, landscapes and objects as a lens to investigate cultural transformation. The people and landscapes of India are a continuing preoccupation.

In the Tag series, images are viewed through a keyhole constructed from the bread tag. Its use by date alludes to the transitory nature of technology and modern life. Ironically, the tag itself seems to be disappearing from supermarket shelves. It is now perhaps especially appropriate that, in some works, Stewart presents the tag as an object for contemplation in its own right. While there is a seriousness and inventive brilliance in the work, there are also whimsical references to pop art, and Andy Warhol, and the work of David Hockney.

In 2006 Stewart devoted much of his time to researching and developing arguments opposing construction of a major dam in India’s Andhra Pradesh state. The result was India’s dam shame: Why Polavaram must not be built, by Tony Stewart and Rukmini Rao — distributed widely in English and Telugu versions to encourage more honest and informed debate about the dam and its likely consequences. I was pleased to have a small voluntary role in relation to the publication.

X Gallery is also showing examples of the ravishing portraits Tony Stewart has made to help promote India’s dam shame and the probable fate of the million people who will be ‘ousted’ if the dam project goes ahead.

Tag II exemplifies the remarkable technical, creative and humanistic qualities that Tony Stewart brings to his art. All art should be similarly informed.

More photos for Tag II are at Google photos. I preferred Picassa but Google shut it down. I can’t give you a direct link to a Slideshow but if you go to the three vertical dots at the Top Right. The first item on the pull Down Menu is Slideshow. To get out of these photos hit ESC and then back arrow. Google gives me little control of my own photos. Please treat these images with respect and as copyright ©. 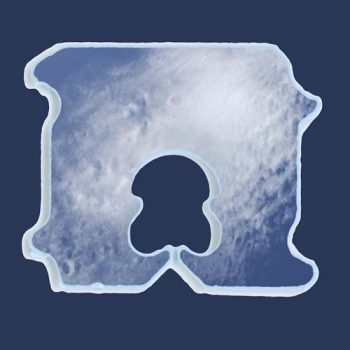